The Believer in Jesus Christ

John 11:26 "And whosoever liveth and believeth in me shall never die. Believest thou this?"

All About The True Believer In Jesus Christ 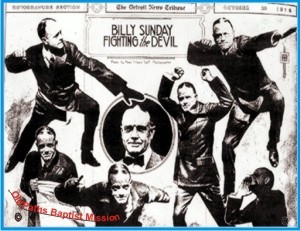 A true Christian is one who is “seated in heavenly places in Christ” and once he is “seated” … he is now ABLE to WALK. In beginning “this walk” … he begins “to put off” the old man and begins “to put on” the new man.

And in the course of WALKING which involves “the putting off” of things and “the putting on” of other things, he begins to become aware that he is a new participant in an old WAR!

It is a war of vast dimensions … and he never knew this war was going on BEFORE his SALVATION through the BLOOD of the Lamb.

YET this war has been going on … for six thousand years! The Christian needs to STAND in this war in order to successfully RUN his COURSE or this RACE set before him. SIT to WALK! … STAND to RUN!

Now about this war, it is a war that is far beyond the ability of the flesh to see … or ever comprehend. Marvel not at this, my friend, … for the word of God very clearly states the lost people of this world are BLIND to spiritual things ... the invisible things, which are just as real as the physical things we see all around us.

Why are they blind?

They are blinded by the Devil! “But if our gospel be hid, it is hid to them that are lost: In whom the god of this world hath blinded the minds of them which believe not, lest the light of the glorious gospel of Christ, who is the image of God, should shine unto them.” [2 Corinthians 4:3-4.] This war is a SPIRITUAL WAR! A “spiritual war” is a war where the combatants are locked into a stupendous fight of gigantic proportions, and my friend, this war is for KEEPS!

It is a HOLY WAR, and the HOLY SCRIPTURES proclaim just such a war in the book of Revelation. In the vision of a future event called THE GREAT TRIBULATION (which is coming soon), we see this war unfolding before us.

“And there was war in heaven: Michael and his angels fought against the dragon; and the dragon fought and his angels, And prevailed not; neither was their place found any more in heaven. And the great dragon was cast out, that old serpent, called the Devil, and Satan, which deceiveth the whole world: he was cast out into the earth, and his angels were cast out with him.” [Revelation 12:7-9]

This war began when Lucifer uttered his FIVE I WILL’S. “For thou hast said in thine heart, I WILL ascend into heaven, I WILL exalt my throne above the stars of God: I WILL sit also upon the mount of the congregation, in the sides of the north: I WILL ascend above the heights of the clouds; I WILL be like the most High.”[Isaiah 14:13-14]  [I am capitalizing the word WILL for my emphasis.]

Again … it is a SPIRITUAL WAR!

A “spiritual war” is a war where we are combatants … locked in this stupendous fight of epic proportions! For the Christian it is a HOLY WAR that cannot be fought in the strength of the flesh! “For though we walk in the flesh, we do not war after the flesh” (II Corinthians 10:3-4).

A spiritual warfare is fought with spiritual weapons. The BOOK reveals that the weapons of our warfare are found in our ARMORY.

Next: The Wiles Of The Devil