After The Battle Of Gettysburg, years later in a reply to a preacher of The Gospel of Jesus Christ who had asked Abraham Lincoln if he was a Christian, Abraham Lincoln had this to say. 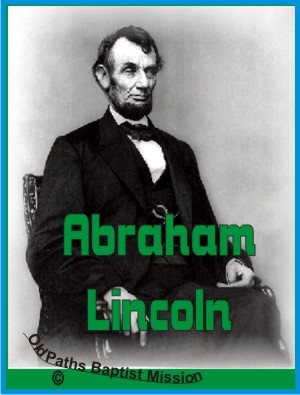 After The Battle Of Gettysburg

Years later in a reply to a preacher of The Gospel of Jesus Christ who had asked Abraham Lincoln if he was a Christian,

"When I left Springfield, (Illinois) I asked the people to pray for me;
I was not a Christian.

When I buried my son, the severest trial of my life,
I was not a Christian,

but when I saw the graves of thousands of our soldiers,

I then and there, consecrated myself to Christ.

I do love Jesus."