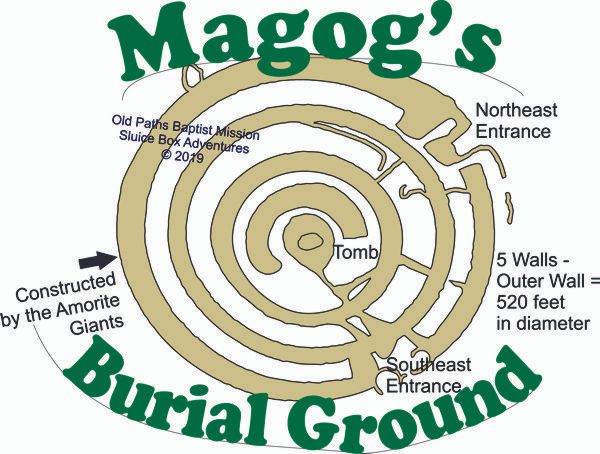 Now we need to come to this question.

Why is this judgment [and more] coming to the people of this earth?

Here is the problem: SIN.

Specifically here, it is the sin of coming together: Globalism.

When “the people” become “one”, having “one language”, trouble most certainly comes.

This [Globalism] has already been tried before.

Read in the annals of history. LEARN FROM HISTORY!

HISTORY is the fulfillment of PROPHECY.

“And the LORD said, Behold, the people is one, and they have all one language; and this they begin to do: and now nothing will be restrained from them, which they have imagined to do.”

Now, the people had imagined to do … MISCHIEF, so God confounded their universal language and scattered them to the four quarters of the earth.

This put a temporary stop to their plans for a one-world government.

But today, here we are, once again: The nations are once more moving toward a one-world government.

When will we ever learn from history?

The vicious cycle is being repeated again!

Please, fail not to notice, the nations are coming together to be “one” all over again.

This is sin against God!

In their rebellion the nations of this world are progressing rapidly towards their own destruction. And why? Because they intend evil towards the God of heaven and of earth, as they did and was recorded in the book of beginnings: Genesis.

“For they intended evil against thee: they imagined a mischievous device, which they are not able to perform.” [Psalm 21:11]

The nations seek to destroy Israel off the face of the earth.

And for that God will draw them to their destruction in the final war before the millennial reign of Jesus Christ in the valley of Jezreel [a valley different than the valley of Hamongog, which is also called the valley of tears].

Now, we will read once again from the book of Jeremiah these same two verses:

Jeremiah 10:22: “Behold, the noise of the bruit is come, and a great commotion out of the north country, to make the cities of Judah desolate, and a den of dragons.”

Jeremiah 6:22: “Thus saith the LORD, Behold, a people cometh from the north country, and a great nation shall be raised from the sides of the earth.”

Here are the three questions:

1. WHERE is the NORTH COUNTRY?

2. WHO is this GREAT NATION?

3. WHO are these PEOPLE?

Well, look at any map of the world.

It is as plain as can be!

What great nation is on the sides of the earth, and is at the same time, directly north of the land of Israel? Why, it is RUSSIA.

And something else: We have a burial ground!

The remnant of the giants have already built a graveyard [and that thousands of years ago] to be the burial ground for the Russian army along with all their confederates in the Bashan valley of Hamongog.

Further, we have learned that GOD will “cause” Gog to come down to Bashan to meet his end in JUDGMENT [Ezekiel 39:1-2].

Here, in conclusion, we will fast-forward in time to a different valley described in the following awesome scene that will unfold at the very close of the TRIBULATION, which is in the Bible called JACOB’S TRIAL.

Notation: [JACOB’S TRIAL is not the Church’s trial – because the believers in Jesus Christ will have long since been gone, and been TRANSLATED out of here, and gone up to heaven to be with JESUS CHRIST [1 Thessalonians 4:16-17]!

“And I saw heaven opened, and behold a white horse; and he that sat upon him was called Faithful and True, and in righteousness he doth judge and make war.

His eyes were as a flame of fire, and on his head were many crowns; and he had a name written, that no man knew, but he himself. And he was clothed with a vesture dipped in blood: and his name is called The Word of God.

And the armies which were in heaven followed him upon white horses, clothed in fine linen, white and clean. And out of his mouth goeth a sharp sword, that with it he should smite the nations: and he shall rule them with a rod of iron: and he treadeth the winepress of the fierceness and wrath of Almighty God.

And he hath on his vesture and on his thigh a name written, KING OF KINGS, AND LORD OF LORDS. And I saw an angel standing in the sun; and he cried with a loud voice, saying to all the fowls that fly in the midst of heaven, Come and gather yourselves together unto the supper of the great God; That ye may eat the flesh of kings, and the flesh of captains, and the flesh of mighty men, and the flesh of horses, and of them that sit on them, and the flesh of all men, both free and bond, both small and great.

And I saw the beast, and the kings of the earth, and their armies, gathered together to make war against him that sat on the horse, and against his army.

And the beast was taken, and with him the false prophet that wrought miracles before him, with which he deceived them that had received the mark of the beast, and them that worshipped his image.

These both were cast alive into a lake of fire burning with brimstone.

And the remnant were slain with the sword of him that sat upon the horse, which sword proceeded out of his mouth: and all the fowls were filled with their flesh.”

Back  Magog & The Wheel of the Giants Menu