You will only get it right when you receive Jesus Christ::

“I have made the earth, and created man upon it: I, even my hands, have stretched out the heavens, and all their host have I commanded.” [Isaiah 45:12]

Now for Genesis TRUTH, go to the book of beginnings: Genesis chapter one, verses twenty-six through twenty-eight: we find that plurality is enclosed [or embedded] in a singular God.

Thus far, in this foundational insight given to us in the Scripture [the A.V. 1611], the words of God reveal … that God is a PERSON with more than one PERSON within HIM [a plurality being enclosed [or embedded] within Him.

Then, the question will now arise: How many PERSONS is this ONE GOD? What does the word of God show us?

First, we can see that one of the PERSONS in the ONE GOD is very definitely ... Jesus Christ. “And to make all men see what is the fellowship of the mystery, which from the beginning of the world hath been hid in God, who created all things by Jesus Christ:” [Ephesians 3:9]. All things that were ever created, were created by Jesus.

Conclusion: Jesus Christ is the creator of Heaven and Earth!

This then gives rise to another conclusion: The things that are created … are not God, which makes Pantheism a lie of the Devil. The universe is only part of the creation.

Lesson: The things created by the creator cannot be God.

Now, there is something else here to be seen: Jesus Christ has within him … bodily, “the fulness of the Godhead” according to the Bible. Read for this in the Epistle to the Colossians:

“For in him dwelleth all the fulness of the Godhead bodily.” [Colossians 2:9]

We must note the following to end up right:

“And the Word was made flesh, and dwelt among us, (and we beheld his glory, the glory as of the only begotten of the Father,) full of grace and truth.” [John 1:14]

• Within this body is the fulness of the Godhead, such that the Godhead is comprised of more than one PERSON having this conversation within Himself:

“But unto the Son he saith, Thy throne, O God, is for ever and ever: a sceptre of righteousness is the sceptre of thy kingdom.” [Hebrews 1:8]

In the King James Bible, there is revealed ONE GOD, with the Father, and the Son, and the Holy Spirit in a triune communion.

THESE THREE ARE ONE!

“For there are three that bear record in heaven, the Father, the Word, and the Holy Ghost: and these three are one.” [1 John 5:7]

It is ... Scripture with Scripture …. that we will see THE TRUTH!!!

“No man hath seen God at any time; the only begotten Son, which is in the bosom of the Father, he hath declared him.” [John 1:18]

The SON … when he was on this earth … declared the Father.

“And without controversy great is the mystery of godliness: God [Jesus Christ] was manifest in the flesh, justified in the Spirit, seen of angels, preached unto the Gentiles, believed on in the world, received up into glory.” [1 Timothy 3:16]

It is the Father who has not been seen!

This is a mystery! The mystery of God, and of the Father, and of Christ, and the Spirit … the Trinity is three PERSONS in ONE! The FATHER, The SON, The HOLY GHOST … are ONE!

“This is he that came by water and blood, even Jesus Christ; not by water only, but by water and blood. And it is the Spirit that beareth witness, because the Spirit is truth. For there are three [THREE] that bear record in heaven, the Father, [FATHER] the Word, [SON] and the Holy Ghost [HOLY GHOST] and these three are one. [ONE] And there are three [THREE] that bear witness in earth, the spirit, and the water, and the blood: and these three agree in one.” [ONE] [1 John 5:6-8]

Even man [as originally created in the image of God] is comprised of three parts: soul, body, and spirit, three in one: “And the very God of peace sanctify you wholly; and I pray God your whole spirit and soul and body be preserved blameless unto the coming of our Lord Jesus Christ.” [1 Thessalonians 5:23]

Now, for further proof: In that great prayer chapter, John seventeen, we find two of these persons of the TRINITY in communication via these words: “These words spake Jesus, [SON] and lifted up his eyes to heaven, and said, Father, the hour is come; glorify thy Son, that thy Son also may glorify thee: [FATHER] As thou hast given him [SON] power over all flesh, that he [SON] should give eternal life to as many as thou [FATHER] hast given him. [SON] And this is life eternal, that they might know thee [FATHER] the only true God, and Jesus Christ, [SON] whom thou [FATHER] hast sent. I [SON] have glorified thee on the earth: I [SON] have finished the work which thou gavest me [SON] to do. And now, O Father, [FATHER] glorify thou me [SON] with thine [FATHER] own self with the glory which I [SON] had with thee [FATHER] before the world was.” [John 17:1-5]

In the book of Hebrews we find GOD talking to GOD!!

“Who [SON] being the brightness of his glory, and the express image [the express image] of his person, [FATHER] and upholding all things by the word of his power, when he [SON] had by himself purged our sins, sat down on the right hand of the Majesty on high; Being made so much better than the angels, as he [SON] hath by inheritance obtained a more excellent name than they. For unto which of the angels said he [FATHER] at any time, Thou art my Son, this day have I begotten thee? And again, I will be to him a Father, and he shall be to me a Son? And again, when he bringeth in the firstbegotten into the world, he saith, And let all the angels of God worship him [SON]. And of the angels he saith, Who maketh his angels spirits, and his ministers a flame of fire. But unto the Son he [FATHER] saith, Thy throne, O God, [SON] is for ever and ever: a sceptre of righteousness is the sceptre of thy kingdom. Thou hast loved righteousness, and hated iniquity; therefore God [SON], even thy God [FATHER], hath anointed thee with the oil of gladness above thy fellows. And, Thou, Lord [SON], in the beginning hast laid the foundation of the earth; and the heavens are the works of thine hands:” [Hebrews 1:3-10]]

You will find that comparing Scripture with Scripture is the only safe way to go in life ... to find true life … eternal life!!

We go next to the New Testament, in Colossians, chapter two, verse two: “That their hearts might be comforted, being knit together in love, and unto all riches of the full assurance of understanding, to the acknowledgement of the mystery of God, and of the Father, and of Christ;” [Colossians 2:2]..

In the beginning, the Father, and the Son, and the Spirit, were together in eternity past. The BOOK speaks to this very thing. It was the SON WHO created “the heaven and the earth.” This again, COMPARING Scripture with Scripture, is how we see this very truth confirmed in the book of Hebrews, chapter one: “God, who at sundry times and in divers manners spake in time past unto the fathers by the prophets, Hath in these last days spoken unto us by his Son, whom he hath appointed heir of all things, by whom also he made the worlds.” [Hebrews 1:1-2]]
Now, for the final connection: HE that “made the worlds” is the “Word”..

See for this the Gospel of John, chapter one, verse one: “In the beginning was the Word,””

It is now time to make a distinction between the singular and plural form of the word, word. The plural form of word … words … is found in the King James Bible 512 times. God communicates [or reveals] to us by words. Thus speech in any language is composed of words..

It follows that we need to keep God’s words. And why is this so? “Jesus answered and said unto him, If a man love me, he will keep my words: and my Father will love him, and we will come unto him, and make our abode with him.” [John 14:23]]

[Do you love Jesus Christ?]]

These “words” [or “word”] are POWERFUL. “For the word of God is quick, and powerful, and sharper than any twoedged sword, piercing even to the dividing asunder of soul and spirit, and of the joints and marrow, and is a discerner of the thoughts and intents of the heart.” [Hebrews 4:12]]

These “words” [or “word”] are TRUTH: “For the hope which is laid up for you in heaven, whereof ye heard before in the word of the truth of the gospel; Which is come unto you, as it is in all the world; and bringeth forth fruit, as it doth also in you, since the day ye heard of it, and knew the grace of God in truth:” [Colossians 1:5-6]]

Now, the singular form of “word” appears 675 times in the King James Bible. The capital W - in “Word” appears SEVEN times out of these 675 instances of “word”, three times [3] in verse one, once again, in verse fourteen [4], and then again in First John chapter one, verses one through three [5]::

And again in First John chapter five, verse seven [6]: “For there are three that bear record in heaven, the Father, the Word, and the Holy Ghost: and these three are one.””

And lastly, in the book of Revelation, chapter nineteen, verse thirteen [7]: “And he was clothed with a vesture dipped in blood: and his name is called The Word of God.””

Friend, get back to THE BOOK! A triune GOD is REVEALED in THE BOOK!!

“For in him dwelleth all the fulness of the Godhead bodily.” [Colossians 2:9] Read on!!

What should you do to be saved??

• That there is none else,,

• That God has appeared to man as the true God,,

• The Three in One through Jesus Christ..

You will only get it right when you receive Jesus Christ::

“But as many as received him, to them gave he power to become the sons of God, even to them that believe on his name:” [John 1:12]]

“That if thou shalt confess with thy mouth the Lord Jesus, and shalt believe in thine heart that God hath raised him from the dead, thou shalt be saved.” [Romans 10:9]] 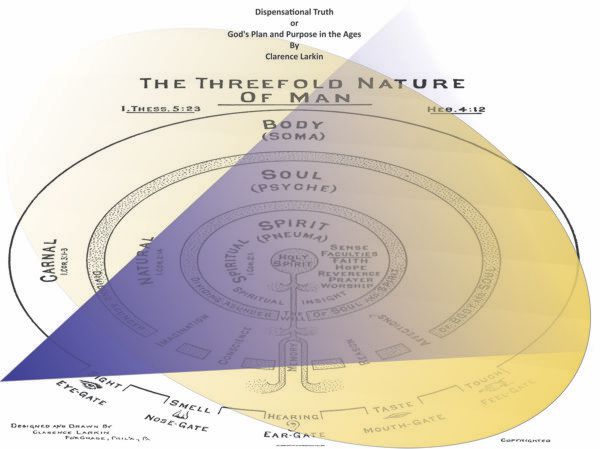 Back  Menu: The Unkown God - The Mystery of God