Surely it goes without saying that after 3500 years, corrupted perversions of God's pure original oracles will have been multiplied by Satan, the archenemy of truth, righteousness, and purity.

Unto the Pure All Things Are Pure 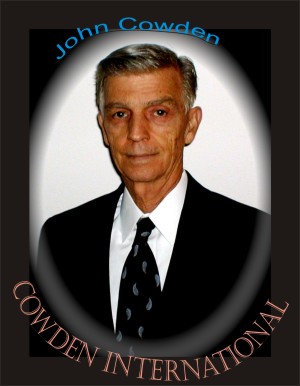 When you're ready, continue reading through verse seven, Thou shalt keep them, 0 LORD, thou shalt preserve them from this generation for ever.

Surely it goes without saying that after 3500 years, corrupted perversions of God's pure original oracles will have been multiplied by Satan, the archenemy of truth, righteousness, and purity. In fact the precursor to mankind's original sin is to be found in Eve's misquotation of God's words (Gen 3:3) and the Serpent's blatant contradiction of them (Gen 3:4). Frankly, this phenomenon is so old and so universal that when Paul wrote the second epistle to the Corinthians, he proclaimed (2:17), For we are not as many, which corrupt the word of God.

For the sake of illustration, compare Psalm 12:7 as you found it in your King James Bible, with the same verse as rendered by the New International Version, “0 LORD, you will keep us safe and protect us from such people forever”.

It doesn't take an advanced degree in Comparative Philology to detect a fundamental difference between the two readings. The English text, which historically stood unquestioned for 300 years, referred verse seven to God's preservation of his words as described in the previous verse. The NIV text, now marketed by Zondervan Publishers under the International Bible Society's copyright, leaves verse six disjunctively out of context with the remainder of the Psalm, and refers verse seven back to verses 1-5. Beloved, need we invoke the laws of mathematics to prove that these two texts cannot both be faithful renderings of David's, yea the Lord's words. One or the other, if not both, must be considered culpable; in fact a downright fraudulent misrepresentation.

Now stop a moment and consider this: Would God inspire a revelation that was impure? If such were the case, what would be its value anyway?

The fact is, however, that every human instrument God used to record the 66 books of the Bible was an imperfect, dying sinner. Therefore, the assurance of Psalm 12:6 that the words of the LORD are as silver tried in a furnace of earth, purified seven times, is hardly to be construed as a superfluous poetic gloss which has somehow crept into the text. Surely the frail vessels of clay through whom the Holy Spirit chose to speak, subject as they were to human error, represent a furnace of earth through which the silver of his words had to pass. Paul said it like this in 2Cor 4:7, But we have this treasure in earthen vessels, that the excellency of the power may be of God, and not of us."

Isn't it fascinating that God purposed to demonstrate his power by promising to maintain the verbal purity of a Book, despite the imperfections of its human amanuenses? The completeness of the purification process is undoubtedly attested to by the Holy Ghost's reference to a seven-fold operation. Let's return to the seven purifications momentarily. To merely recognize the figurative sense of such a forthright declaration, while failing to grasp its unmistakable literal significance, would be extremely unfortunate.

Now, for the sake of argument, let's assume that the reading of Psalm 12:7 as we found it in the King James Bible is trustworthy. If so, we are presented with the marvelous affirmation that after God ensured the Purity of his words, he promised both to Keep them and to Preserve them. And if verse 7 is indeed true as written, the Lord has not only kept David's purified words, he has also preserved the quality of inspiration ascribed to them. Further, he has promised to do that from David's generation for ever!

If Satan unabashedly called God a liar in the Garden of Eden with only an oral revelation in question, what do you suppose he has done with the completed written word of God during the past 1900 years? Our comparison of Psalm 12:7 from two different texts above is but a single example. Hardly a passage in the entire Bible has escaped the serpent's corrupting influence. This is evidenced by the fact that from one to a dozen or more variant readings are available for almost every textual portion from Genesis to Revelation. The number of variants which could conceivably be explained as perpetuated scribal errors is less than negligible. Another telltale bit of evidence readily apparent from a study of ancient manuscripts is the fact that the vast majority of textual variations are to be found in a tiny minority of those documents from antiquity. The history of the Holy Scriptures, particularly during the past 1900 years, includes the sordid account of "scholarship's" indefatigable zeal in attempting to degrade the text of scripture, under the guise of "correcting" or "restoring" it.

The god of this world has also succeeded in blinding the minds of carnal, pride-filled Christians as well as unsaved, naturalistic textual critics. However, the bewildering confusion brought about by a multiplicity of corrupt Bible perversions should pose no threat to a true child of God. Do not the Scriptures themselves make it clear that if confusion exists, God is not its author? On the other hand, the author of Scripture has promised to preserve his inspired words in purity and perfection. Take courage Beloved, when your Heavenly Father makes a promise, you can rest your very soul on it, can't you? Remember, if he ever breaks one promise you can forget all the rest of them.

Next: 4. The Word Is Nigh Thee