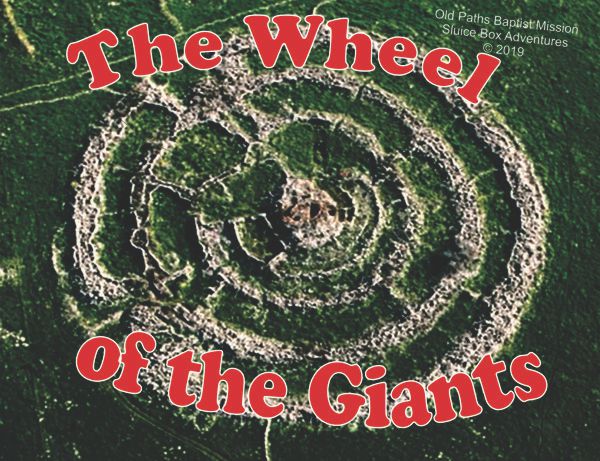 I. The Valley of Judgment

There are two valleys reserved for judgment in the near future [also additionally one of them being specifically designated a burial ground].

The first of these two valleys is the valley of Jezreel.

The valley of Jezreel is also known as “the valley of Megiddon” with a city within this valley called “Megiddo”.

The first mention of this place in the Bible gives us the name of the place: “Megiddo”.

[We find that the first mention of “Megiddo” in the Bible is found in the book of Joshua, chapter twelve, verse twenty-one.]

We also learn that “Megiddo” is a place to fight battles. [See this truth in the book of the Judges, chapter five, verse nineteen.]

“Megiddo” is once again verified to be in “the valley of Megiddon” [which we can see in the book of Zechariah, chapter twelve, verse eleven].

And according to THE BOOK [the book of The Revelation of Jesus Christ] God will gather all the nations together in a great battle at “Megiddo” in “the valley of Megiddon” “called in the Hebrew tongue Armageddon.” [Revelation 16:16]

Now, Jezreel [or “the valley of Megiddon”] is set to be the climactic valley of decision for all the nations of the earth.

Now, for this name: Jezreel! The name Jezreel first appears in the Authorized Version of the Bible in the book of Joshua, chapter fifteen, verse fifty-six.

Note this: Jezreel was given as part of “the inheritance of the tribe of the children of Judah according to their families.” [Joshua 15:20]

Now, we are looking for a valley!

In Joshua, chapter seventeen, we see the first mention of “the valley of Jezreel” [in verse sixteen]. There are several things we can see here.

First: This valley was the meeting place for the purpose of war.

A premise is now being formed. The valley of Jezreel is the place for judgment!

Second: This valley was the meeting place for a prophet and a king [Elijah the prophet and Ahab the king of Israel].

[You can read about this in the book of First Kings, in chapter eighteen, verses 45-46.]

The premise is now building. The valley of Jezreel is the place for judgment.

Lastly, this valley was the scene of a momentous crime committed by an evil potentate over a very honest and honorable Jezreelite.

[To read this victim’s story we need to fast-forward to the book of First Kings, chapter twenty-one, starting with verse one: “And it came to pass after these things, that Naboth the Jezreelite had a vineyard, which was in Jezreel, hard by the palace of Ahab king of Samaria.” [1 Kings 21:1]

We are now … in Jezreel … a valley of judgment.

Read verse twenty-three for the judgment of this evil potentate’s wife: “And of Jezebel also spake the LORD, saying,The dogs shall eat Jezebel by the wall of Jezreel.” [1 Kings 21:23]

Now, turn to the book of Second Kings, chapter nine, verse ten, and we read: “And the dogs shall eat Jezebel in the portion of Jezreel, and there shall be none to bury her. And he opened the door, and fled.” [2 Kings 9:10]

Now, skip down to verse thirty: “And when Jehu was come to Jezreel, Jezebel heard of it; and she painted her face, and tired her head, and looked out at a window.” [2 Kings 9:30]

The name Jezreel just keeps popping up in the Bible!

Verses thirty-six and thirty-seven: “Wherefore they came again, and told him. And he said, This is the word of the LORD, which he spake by his servant Elijah the Tishbite, saying, In the portion of Jezreel shall dogs eat the flesh of Jezebel: And the carcase of Jezebel shall be as dung upon the face of the field in the portion of Jezreel; so that they shall not say, This is Jezebel.” [2 Kings 9:36-37]

Now, notice this: The valley of Jezreel is a place for judgment.

Next, go back to chapter eight, verse twenty-nine. It was in Jezreel where a king of Israel went to get healed, but instead he received judgment. “And king Joram went back to be healed in Jezreel of the wounds which the Syrians had given him at Ramah, when he fought against Hazael king of Syria. And Ahaziah the son of Jehoram king of Judah went down to see Joram the son of Ahab in Jezreel, because he was sick.” [2 Kings 8:29]

In chapter nine, verses twenty-four and twenty-five: “And Jehu drew a bow with his full strength, and smote Jehoram between his arms, and the arrow went out at his heart, and he sunk down in his chariot. Then said Jehu to Bidkar his captain, Take up, and cast him in the portion of the field of Naboth the Jezreelite: for remember how that, when I and thou rode together after Ahab his father, the LORD laid this burden upon him;” [2 Kings 9:24-25]

Over and over again, we see this valley of Jezreel is a place for judgment!

Next, in chapter ten, verse one, we find this. It was in Jezreel where judgment was carried out for the house of Ahab: “And Ahab had seventy sons in Samaria. And Jehu wrote letters, and sent to Samaria, unto the rulers of Jezreel, to the elders, and to them that brought up Ahab's children, saying,” [2 Kings 10:1].

Here is another detail. Samaria is in the valley of Jezreel.

The premise is now established! The valley of Jezreel is a place for judgment.

It is a tried and true thing we have here.

Verses seven, and eleven, show how it ends up for all of Ahab’s descendants.

Verse seven: “And it came to pass, when the letter came to them, that they took the king's sons, and slew seventy persons, and put their heads in baskets, and sent him them to Jezreel.” [2 Kings 10:7]

Verse eleven: “So Jehu slew all that remained of the house of Ahab in Jezreel, and all his great men, and his kinsfolks, and his priests, until he left him none remaining.” [2 Kings 10:11]

The valley of Jezreel is a place for judgment.

II. The Valley of Graves

Very nearby to the valley of “Megiddon” or “Armageddon” [and just to the east] is another valley called Hamongog.
Hamongog is also called in the BOOK, “the valley of the passengers.” [Eze 39:11]

This valley is located on a plateau, which is called the Golan [or in the Bible, Bashan].

The valley of Hamongog is prophesied to be a future burial ground.

Specifically, this valley of Hamongog [or in modern-day Israel known as the Valley of Tears] will be the burial site for Gog [the descendants of Magog] [Genesis 10:2, 1 Chronicles 1:5]. Gog will meet his end there, as it is prophesied in the book of Ezekiel, chapter thirty-nine.

Note: This prophecy will soon be fulfilled.

“The Valley of Tears (Hebrew: עֵמֶק הַבָּכָא, Emek HaBakha) is the name given to an area in the Golan Heights after it became the site of a major battle in the 1973 Yom Kippur War, known as the Valley (or Vale) of Tears Battle, which was fought between the 6th and 9th of October.

Although massively outnumbered, the Israeli forces managed to hold their positions and on the fourth day of the battle the Syrians withdrew, just as the Israeli defenses were almost at the point of collapse.” 1
https://en.wikipedia.org/wiki/Valley_of_Tears