The Face of the Son
(Or Beauty and the Beast)

It is life to be the object of the look of the one whose face shines. 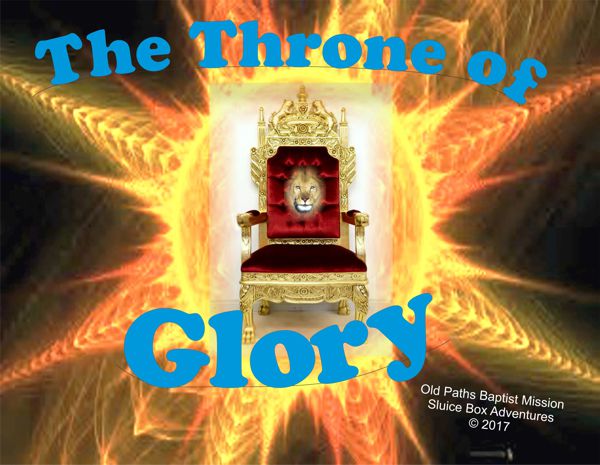 The Face of the Son

(Or Beauty and the Beast)

“And the Lord turned, and looked upon Peter. And Peter remembered the word of the Lord, how he had said unto him, Before the cock crow, thou shalt deny me thrice. And Peter went out, and wept bitterly.”

Do you want to know something else?

To know that I myself could have failed to stand for Jesus Christ [who is the Son of God] though it be against all men everywhere, presents thoughts to me totally unbearable.

Even the thought of my denying Jesus Christ before a crowd of people just to save my own hide makes me to shudder.

Yet I admit I am like Peter! I am in fact no better than he, and that is for sure! I am like him so frail, and, oh, so prone to fail. For I acknowledge that if I had been in that priest’s palace that same day [in the place of Peter] I would have most certainly done no better.

Also, it is the thought of the LORD looking upon me … and me seeing his face [after having just denied him]; that rips me up! I know what I would have done!!! I would have gone out of that place, and would have cried … bitterly.

“And Peter went out, and wept bitterly.”

There is a lesson here. Are you ready?

Now for my commentary.

It is the face of the LORD looking upon me that means everything to me. For it is … very life to me!

It is life to be the object of the look of the one whose face shines.

The proof text is found in Matthew, chapter seventeen, verse two: “And was transfigured before them: and his face did shine as the sun, and his raiment was white as the light.” [Matthew 17:2]

Further, we conclude: It is the eyes that initiates the shine of God’s face.

Thus, we can see that [Israel] doing right in the eyes of the LORD brings God’s shine to them.

There is the reward!

God rewards Israel with the face that shines.

Premise: The face of a person can be said to shine upon another person.

Further, it can be said: The face of God shining upon men is ... life.

• The face of God gives life.

• The face of God sustains life.

We live because of that shine!

This is what the psalmist said in Psalm sixty seven, verse one: “To the chief Musician on Neginoth, A Psalm or Song. God be merciful unto us, and bless us; and cause his face to shine upon us; Selah.” [Psalm 67:1]

Thus, the conclusion of the whole matter:

The face of God shining upon us is of the utmost importance to us, in order for us to live, and for us to maintain our very being.

Scripture saith: “For in him we live, and move, and have our being; as certain also of your own poets have said, For we are also his offspring.” [Acts 17:28]

Now, men fall to a face!

“And there fell some of Manasseh to David, when he came with the Philistines against Saul to battle: but they helped them not: for the lords of the Philistines upon advisement sent him away, saying, He will fall to his master Saul to the jeopardy of our heads.

Perhaps the highest point chronicled in the Old Testament was the rise of a certain king [David], which thing is recorded in the book of First Chronicles chapter twelve.

Reading there in that chapter we find there were those of a very troubled tribe in Israel [that is Benjamin] that fell to David.

These men fell to him.

It is all about a man and a cause.

Further, these mighty men were the same men who helped David to ascend as a king over a kingdom.

Now, something needs to be noted here.

Now see these mighty men in the book of First Chronicles, chapter twelve, starting with verse one:

“Now these are they that came to David to Ziklag, while he yet kept himself close because of Saul the son of Kish: and they were among the mighty men, helpers of the war. They were armed with bows, and could use both the right hand and the left in hurling stones and shooting arrows out of a bow, even of Saul’s brethren of Benjamin.” [1 Chronicles 12:1-2]

Did you see that?

They came to David!

Next, come on down to verse eight to see concerning these men of might, and whom they separated themselves unto while they were in the wilderness:

“And of the Gadites there separated themselves unto David into the hold to the wilderness men of might, and men of war fit for the battle, that could handle shield and buckler … [1 Chronicles 12:8a].

They have separated themselves unto David, and to David’s cause.

“These are they that went over Jordan in the first month, when it had overflown all his banks; and they put to flight all them of the valleys, both toward the east, and toward the west.” [1 Chronicles 12:15]

They all came to David’s hideout to be with him, and work for him in a cause: “And there came of the children of Benjamin and Judah to the hold unto David.” [1 Chronicles 12:16]

So this is what we have learned thus far:

• These men fell to him.

• They separated themselves to him.

Then “the spirit came upon” them.

This is shown in verse eighteen:

“Then the spirit came upon Amasai, who was chief of the captains, and he said, Thine are we, David, and on thy side, thou son of Jesse: peace, peace be unto thee, and peace be to thine helpers; for thy God helpeth thee. Then David received them, and made them captains of the band.” [1 Chronicles 12:18]

Then lastly, David received them.

Now, have you ever heard the following saying? “I’m sure I know him, but I can’t put a name to the face.”

Here is something else.

What is the conclusion?

These men made David … King!

Next, verse thirty-three, see: “Of Zebulun, such as went forth to battle, expert in war, with all instruments of war, fifty thousand, which could keep rank: they were not of double heart.” [1 Chronicles 12:33]

No double heart here can be found. These men were very singular in heart.

They had WHOLE HEARTS!

They had not a double heart! Amen!

Next, verse thirty-eight: “All these men of war, that could keep rank, came with a perfect heart to Hebron, to make David king over all Israel: and all the rest also of Israel were of one heart to make David king.” [1 Chronicles 12:38]

A premise is formed:

A perfect heart is … one heart, which is the heart that has joy!

“Moreover they that were nigh them, even unto Issachar and Zebulun and Naphtali, brought bread on asses, and on camels, and on mules, and on oxen, and meat, meal, cakes of figs, and bunches of raisins, and wine, and oil, and oxen, and sheep abundantly: for there was joy in Israel.” [1 Chronicles 12:40]

Next  3. The Faces of Lions